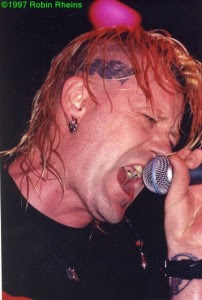 Gus Chambers was a punk from Coventry, England, very well-known in the local scene at the end of the 70s through the band Squad. In 1992 he was approached by Dave Lombardo, asking him to sing for Grip Inc., the band he had formed with Waldemar Sorychta, after leaving Slayer. That AMAZING band was never met with great success because they did not tour as much as they should, because there was so much time between their releases (all of them stellar), because the other two didn't give everything for the band. And nothing pissed Gus more, since he believed a lot in Grip. His contribution was his all-attitude voice, which could sound genuinely pissed off and musical at the same time, with his English accent giving even more character to the (always his own) lyrics. In 2008, after a very careless (and not deliberate, as it was written at the time) mix of medication and alcohol, he left this life quietly. 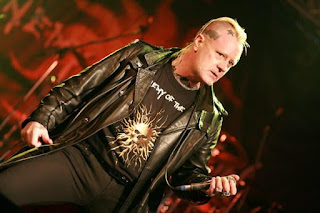 The people know well the songs Rusty Nail (a perfection) and Hostage to Heaven (another one) and it's hard to argue with those. I insist though that “Incorporated” is one of the best albums of the previous decade. Listen to (Built to) Resist and Prophecy for metal that overflows with vision and character but also to get a taste of Gus Chambers' range of capabilities. And then Nemesis. 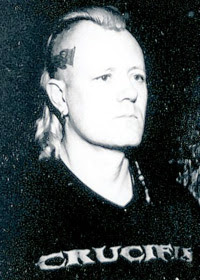