Bolt Thrower vs. neonazi scum - as narrated by Karl Willets 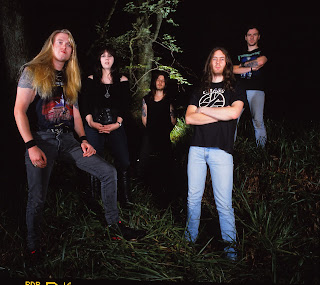 One of them is this great little story about a riot involving nazi skinheads and a baseball bat. I found this story when I stumbled upon a blog of a fan (link at the end of the post), who was at the concert the riot took place. In the comment section, Karl Willets, Bolt Thrower's vocalist chimed in and told the story from his perspective. It's a gem of a read. I only did some minor formatting of the original text and fixed the grammar/spelling from "cant-be-bothered-with-apostrophes" to "proper". Enjoy! 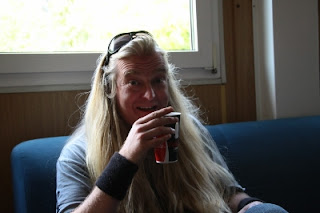 Here's my account of the NJ Riot... It is a memorable point in the history of Bolt Thrower...

We were told before to expect some shit at this venue, we were greeted by a somewhat jumpy female promoter. Nazi skinheads had recently been walking into gigs and trashing the place and causing brawls, rumour had it tonight was to be no different.
We met with the guys from Immolation, top blokes... off their tits on PCP, the load in was amusing... I'd had a bit of crystal meth that night which may have added to the overall weirdness of the night.

Robert Muller our German friend from Century Media Records was also there, he kindly gave us the loan of his pet slugger (baseball bat), which we removed from the trunk (boot) of his car and surreptitiously hid behind the stage.

I remember throughout the support bands these nazi pricks had started to do that stupid arm stretching routine a lot... I got on stage and told them to stop... No surprise they didn't... but they'd had a warning... When we went on stage I was furious, I remember some small black dude, well into the band and metal, who was petrified by these animals, I think I warned them a couple of times... but the only thing these idiots would react to was direct confrontation.

I launched myself off the stage aiming myself at this one gangly twat, who had annoyed me particularly, and between me and the sound engineer from the venue we had them cornered. I looked out the corner of my eye to see this huge Neanderthal coming right at me, with Adolf Hitler tattooed on his chest- at this point our Tour Manager intervened with the German slugger!
I saw the nazi monster collapse to the floor with blood pissing out of his head, the backswing to the bat almost killed one of the skinhead kids whom must have been about 12.

The place descended into chaos, the security guards were related to the skinheads, it could have got bad... We loaded our gear out superquick thanks to a more together Immolation and high-tailed it out of there. As we left, Baz remembered we left the baseball bat in the venue, he went back in to retrieve it just as the skinheads returned to the venue for vengeance... I have never seen a man move so quick through a melee of flailing limbs!

We drove off and we then thought that we were being followed by carloads of nazis after our blood, so we pulled over to confront them, yelling as we approached the stopped vehicles, until we realised it was some fans just making sure we got away ok...

Great tale! Shame about the band breaking up! Just wrote to tell you that I shared this on my FB page. Thanks!

Fantastico. Long Live Bolt Thrower! And fuck all the nazi scum all over the world!

It's cause the one dude died