Following part I, my top 5 albums for 2017 post (spoiler: Condor, Antichrist, Vulture, Sons of Apollo and Droid), here are some albums that really rocked my socks off in the past year and they are definite candidates for the final best of 2017 list that will be coming anytime in the next decade, when I will (probably) have made up my mind for good. Since I have not made up my mind for good, I will list these in alphabetical order cause any hierarchical placement would change each day and well, fuck that.

Blazon Stone - Down in the Dark 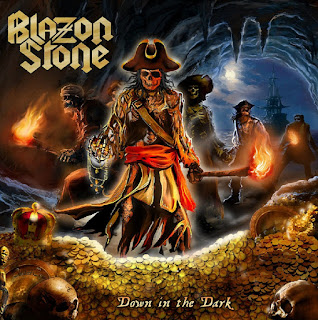 Blazon Stone is the child of Cederick Forsberg, a very talented individual and multi-instrumentalist (also behind Rocka Rollas and Cloven Altar and more). Ced LOVES Running Wild so Ced formed Blazon Stone trying to capture some of that Rolf magic that the Captain himself seems to have lost.

And to be honest, Ced's work feels much more alive than Rolf's last 4-6 albums. I always thought that in the debut (Return to Port Royal, he wasn't being subtle about his intentions :)) everything was fine except for the inspiration in the songwriting. Album by album Ced seemed to get closer to the holy grail of conjuring up that special stuff and last year, he has come the closest. The fact that Erik (who could be Ced's brother...they share the same surname and facial features!) sounds like a younger, cleaner version of Rolf helps a lot.

Not only there are some very nice, memorable melodies to be found here but the overall album is oozing energy, helped by the hyperspeed approach on guitars, which is that element that helps a lot to give it a character of its own. Blazon Stone is definitely a Running Wild clone band but this clone here has taken a life of its own! More importantly, this album provides what Running Wild lacks: passion and love for the music (and way better album covers for that matter). While Rolf seems to be phoning it in or at least not treating his music with the amount of attention and respect it deserves, this young man here really puts his heart into it - and it shows.

I think Cederick never meant to take this band so far but only planned for this to be a fun project for him. Since then, a lot of people have embraced Blazon Stone and demanded more.

Bottom line: This is a great heavy and speed/power album that does Running Wild's legacy justice with the added twist - or bonus if you will! - of more speed and youthful energy. Europower metal fans should also give this a listen. In the list it goes! Perhaps Rolf should give Cederick a call... 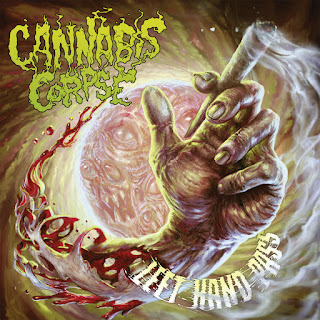 Cannabis Corpse is another band I am very fond of. For one thing, I always appreciate bands that don't take themselves too seriously in regards to their image. When these bands also write good music then they immediately go into my "very fond of" list. So, Cannabis Corpse writes good music. If you haven't given them a chance you will actually be surprised at how good they actually are. Their biggest problem is that people just don't take them seriously because "weed and death metal title puns, how serious can they be?" but holy shit people: Cannabis Corpse delivers a-ma-zing old school death metal (my kind of death metal).

Forget blasts and brutality for the sake of brutality, forget the same song played ten times in the album. Here be riffs, here be breaks, here be inspiration. And fuck it, some hilarious titles (Left Hand Pass? The 420th Crusade?), lyrics and album covers. Quite frankly, I think the combination is awesome. And just like in 2014, when Cannibal Corpse had also released an album in the same year, I enjoyed Cannabis Corpse more. Well, haven't really listened to Cannibal Corpse yet, so I could be off in that respect. In any case, you listen to this one and if you haven't got a clue about the band, you must listen to Tubes of the Resinated as well, which is my fave from them.

Doomocracy - Visions and Creatures of Imagination 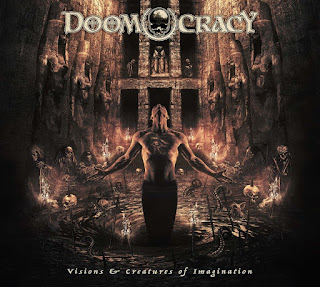 My favorite Greek release of the year for sure and one of the best overall. If you remember from a few years earlier, the Doomocracy debut got into my list on merit of its great songwriting that might have harkened a bit too much to the masters it worshipped but did so beautifully. This time around they really stepped up their game on every level and outidid themselves. You can still understand that Solitude Aeturnus and Candlemass are very dear and important to them but they have certainly started shaping their own sound and style, one that brings together not just the epic doom element of the aforementioned gods but also elements of US Power, prog/power and all through a magnificent sound production, courtesy of the legendary mr. Morris of Morrissound Studios fame. 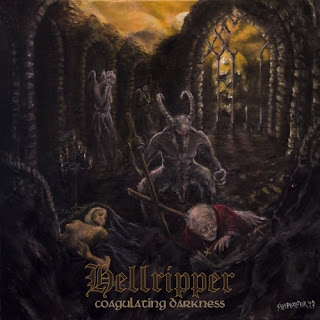 There is a comment on the youtube above that wraps it up nicely: "Mc Bain's stealing here, he's stealing there... But the hand is quicker than the ear (and charming like hell). I'm totally enthused. One listening and it's on my list of the top-10 of '17. "

James McBain is the man behind this project, a Scottish fellow with a keen ear for what makes ultra enjoyable speed metal with black and motorhead rock n roll flourishes. The Hit the Lights variation opener immediately had me sold. Tribute, theft, who gives a shit really? I just wanted to play that again and again. This is not the most original album. It is DEFINITELY one of the most enjoyable albums and the fact I spun the fuck out of it in the single month it got under my radar says it all.

Don't think too much about it, enjoy! 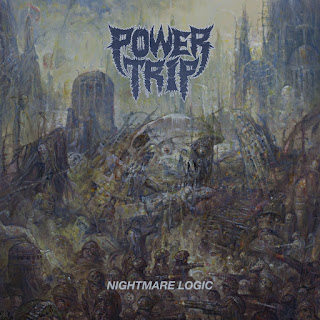 This year's metal sweetheart of the mainstream press. To be honest that works against them because fuck the mainstream press, you know? But Power Trip is the real deal. They had already made their mark in the underground with their debut Manifest Decimation (2013), which should be a required listen if you liked Nightmare Logic.

I am guessing Southern Lord or whoever, invested in Power Trip hence the heavy promotion of their sophomore effort and frankly I am OK with that, since I would rather see Power Trip and their kick ass album in 2017 lists than pretentious shit like Liturgica or gimmicky shit like Batushka that also had mainstream ignoramuses singing their praises.

Anyway, on this album they are a bit tamer than their their debut and this includes the production and the vocals but they still deliver the punch magnificently. And their strong point is they are fucking fun without sacrificing the "crossover thrash flirting with death metal overtones" cred. Basically, I think expectations will determine your listening experience: If you expect this album to dwarf every other modern thrash release of the past years you will be very disappointed because it really isn't THAT special. If you expect a jolly good thrash album with attitude, you're in for a treat.

Weird brainfart shit: I see Kory Clarke's face in my head when I hear the Executioner's Tax verse. Not complaining.

Since I promised in last week's post that I would namedrop Sanctuary and Mastodon, here are some thoughts about 2017:

This was a poor year for mainstream metal. My most listened to releases were all from the underground. Mastodon (there, name dropped) is the only high-profile name in the list (the sloppy list you haven't seen yet), I did not enjoy Kreator or Overkill (not that it was bad, I just hit my threshold for the same album after 4 releases, same thing happened with Kreator on Phantom Antichrist), Sepultura was much better than anything I've heard before from the Max-less years but I still preferred Cavalera Conspiracy, which I thought was much better than what most people thought *shrug*. Arch Enemy make my teeth rot with all their sugary choruses amidst those riffs and vocals. Really, shame about the riffs, some of them were pretty sweet only to be shat upon by some lame europower chorus or some growling whisper telling you to believe in yourself and the universe will reward you or some shit. 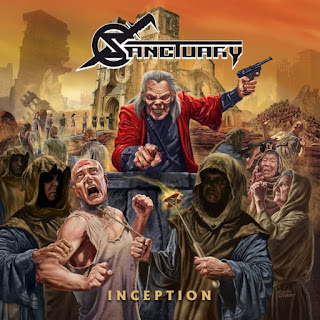 Most damning thing of all though is that Inception, the remixed version of the 1986 Sanctuary demo (the one that got Dave Mustaine to produce their debut) is by far the best thing I've heard this year in terms of how much it got my blood boiling with metal frenziness. A bittersweet reminder that the glorious, the REALLY glorious metal era is gone. Don't get me wrong, I love what Gojira is doing for example and there is still plenty of good metal out there - but the bottom 25 of the top 50 of 1987 would easily make the best of 2017 list. We are now in that phase, where mediocre to good stuff is dominating the landscape and the rare truly exceptional albums are extremely difficult to locate.

A sad point but I am fairly certain that like every year, I will actually discover the good albums (i.e., the ones I will like a lot) in the years to come. Will let you know of course.

We're not done with 2017, not by a longshot! Keep an eye for the next post, coming soon-ish as well! More hot names such as Evil Invaders, Witherfall, Necrytis and DeadHead!("who?") 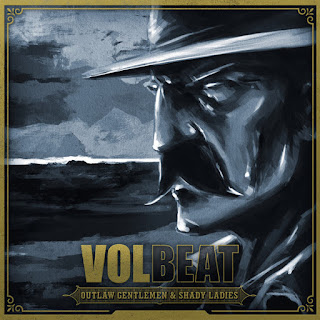